Wabi Sabi? Wabi I’ve got, Sabi, not so much

I’ve been reading, and following several blogs, about minimalism.  And if you do that, you will soon run across the term “wabi sabi”.  At first I thought that people were just fascinated with Japanese horseradish.  But no.  Wabi sabi is a Japanese term, to be sure, but it actually refers to an emotional state, a state of living, and of course a style of decorating.

According to the font of all knowledge, Wikipedia, wabi sabi can mean

Japanese world view or aesthetic centered on the acceptance of transience and imperfection. The aesthetic is sometimes described as one of beauty that is “imperfect, impermanent, and incomplete” 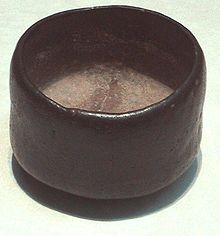 But some also translate it as

Wabi sabi is a state of consciousness. Its beauty hidden in the aesthetic or feeling experienced between you and something in the world.

or, according to others, it’s

wabi sabi is about the perfection of impermanence and imperfection.

Wabi (which means “humble and unmaterialistic”), Sabi (which means, “the bloom of time”), is a Japanese mindset based on the spiritual concepts of Zen Buddhism

OK, so the Japanese have a word for it, and we are trying to each find our own definition that conveys the spirit of the way of life that reflects and realizes beauty, serenity, and balance.

But one thing everyone agrees on.  Wabi sabi means living a clean, uncluttered life.  Loving and respecting nature in all its complexity. Being mindful of one’s surroundings.  Caring for one’s belongings, now matter how few they may be.  Appreciating quality over quanitity.

And that’s what I’m after.  So I will try to follow the tenets of wabi sabi.

Starting the adventure of building a laneway house in the real-estate jungle of Vancouver, BC
View all posts by ladywholivesdownthelane »
← To live small, avoid living big
Day 82 – slab happy →

my journey towards sustainable living in the city